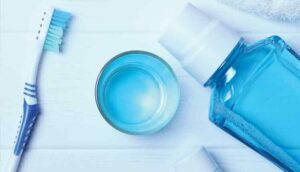 In the early 1900s, Frederick McKay, DDS, observed unique brown staining of teeth in his Colorado dental practice.1,2 After years of investigation, McKay found high levels of fluoride in the water supply of affected individuals. Then, in the 1930s, researchers using new technology identified a level of fluoride in drinking water that caused the brown staining.1,2 Throughout these years of research, scientists noted that those with the brown staining on their teeth also experienced much lower levels of dental caries. This brought about study on whether fluoride consumed through water could help decrease community caries rates. Other caries-reducing strategies were also under investigation. In 1945, the American Dental Association (ADA) rejected a hypothesis that vitamin D prevented caries.3 In the same year, the community of Grand Rapids, Michigan, began fluoridating its water supply. The ADA has now been promoting community water fluoridation as safe and effective for more than 70 years. In fact, the United States Centers for Disease Control and Prevention (CDC) considers community water fluoridation one of the top 10 public health achievements of the 20th century.4

* References can be found in the original article via the link below.
Read Article